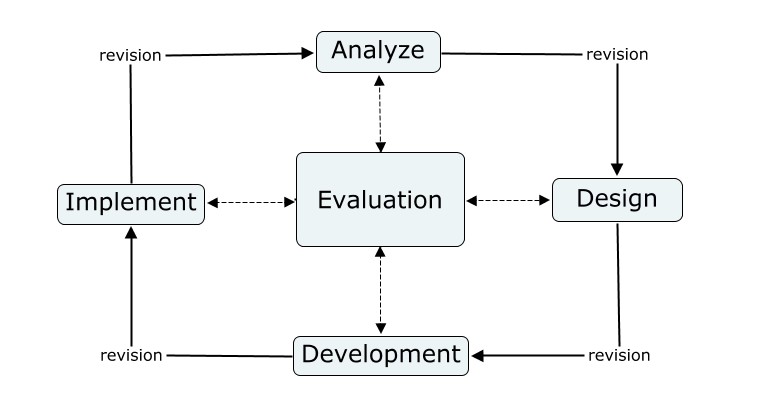 Brief History of ADDIE’s Development – The ADDIE model was initially developed by Florida State University to explain “the processes involved in the formulation of an instructional systems development (ISD) program for military interservice training that will adequately train individuals to do a particular job and which can also be applied to any interservice curriculum development activity.” The model originally contained several steps under its five original phases (Analyze, Design, Develop, Implement, and [Evaluation and] Control),whose completion was expected before movement to the next phase could occur. Over the years, the steps were revised and eventually the model itself became more dynamic and interactive than its original hierarchical rendition, until its most popular version appeared in the mid-80s, as we understand it today.

And So It Was Written

This work by Anonymous is licensed under a Creative Commons CC-BY-NC-SA Attribution-NonCommercial-ShareAlike 4.0 International License.

Congress, Tech, Have Their Eyes on Rethinking the Textbook — And Educators Should Too